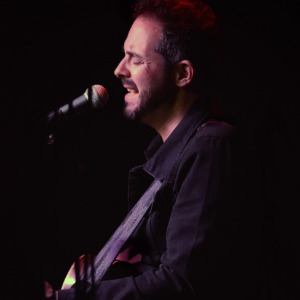 Born of Italian immigrants and union activists, Joe Iadanza understands the passionate struggle of the American dream. With a voice that recalls Cat Stevens and Harry Chapin, and songs that hearken to the impassioned storytelling of Springsteen and Leonard Cohen, this Long Island native’s music is rooted in classic folk: honest and raw.

Joe’s return to the road in 2019 is marked by the July release of his third studio album, Common Man. With words and music by Iadanza, Common Man is a folk-rock love letter about trust, starting over, and charting new relationships. Filled with deeply personal stories, rich symbolism, anthemic hooks, and a classic production vibe, this beautiful sounding record is a leap forward for Iadanza in terms of songwriting, delivery, and production.

Common Man brings Joe Iadanza’s beloved 1970s storytelling style into the twenty-first century, respectfully nodding its head to artists like Cat Stevens, CSNY, and Bruce Springsteen, while confidently owning its own voice; a voice that has truly found something to say.

This is Joe Iadanza’s third studio album, following his critically-acclaimed debut, Traveling Salesman (2008), and his sophomore follow up, All in Good Time (2010). Both of which resulted in extensive touring in the US and Europe.

Mixed by Jon Castelli (Macklemore, Kesha, Khalid) who co-produced and mixed Traveling Salesman, before moving to LA and training under the legendary Tony Maserati. Common Man gets the a-list mixing treatment that many independent releases lack. The beautiful and subtle mastering work by Dale Becker (Neil Diamond, Donna Summer, Aretha Franklin) taking Jon’s mixes and finishing them with luscious warmth and detail.

Joe’s recent work as a producer for other artists includes Carolann Solebello’s, SHIVER (2018), and Spuyten Duyvil’s, The Social Music Hour, Vol. 1 (2015), which was nominated by Folk Alliance International for Album of the Year.

Joe Iadanza is returning to the road with solo and regional band concerts to support Common Man through 2019 and 2020. A return to Europe is in the works for the fall of 2020.

Joe Iadanza has been added as an artist you support!