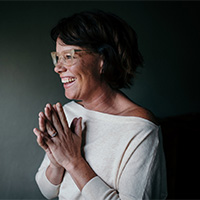 106 Epworth Lane
Durham, NC
dukecoffeehouse.org
Tucked behind Wilson Dorm on East Campus, the Duke Coffeehouse is generally considered one of the "chillest spots" at Duke as well as a link between the University and the Durham community. It was founded in 1981 by SHARE (Student Housing for Academic and Residential Experimentation, Duke's first non-Greek selective living group), and run by SHARE until 2003, when it reopened under the administrative umbrella of the Duke University Union. Students of all sizes, shapes, colors and textures come to study and socialize amid the aroma of fresh brewed coffee. On especially "ill" occasions, the Coffeehouse is transformed into a live venue for local and touring musicians, plays, open mics, student performances and the occasional drag show.
2021 Convocation & Pastor''s School Seminar
Become a fan!
Get notified when Sara Groves plays locally and help support her career. Join the Undiscovered Music community now to become a fan and support your favorite artists!

Sara Groves has been added as an artist you support!