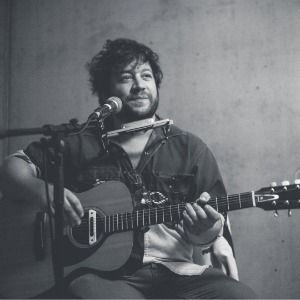 This Frontier Needs Heroes is the moniker of singer-songwriter Brad Lauretti, who in various forms and lineup changes, has spent the past 10 years playing shows all over the world. One night with Brad will run the gamut of all human emotions from humour, hedonism, activism and heartbreaking sadness. From Folk-rock anthems, to indie folk, flares of psychedelic, alt-country, to straight up storytelling you get it all in one song. Influenced by songwriters like John Prine, Billy Bragg, Kris Kristofferson, and Townes Van Zandt his timeless songs mix love, humor, and protest seamlessly to get you through the tough times. Logging thousands of miles in his car, touring the greatest cities of North America and Europe, selling one record at a time. This determination and DIY ethos brought him on an epic journey around the world, playing listening rooms, clubs, house concerts, and festival stages.

Booking Contact
booking@thisfrontierneedsheroes.com
Become a fan!
Get notified when This Frontier Needs Heroes plays locally and help support his career. Join the Undiscovered Music community now to become a fan and support all your favorite artists - it's free to join!